MUSICAL ACTIVISM IS ALIVE AND WELL

It’s not your imagination — music really is getting more interesting these days. You’ve probably noticed a resurgence of socially conscious and politically relevant music cutting through the usual noise about messy breakups and drinking culture. That stuff has its place, but in these frequently menacing times, they seem more and more like trifles.

That’s why we’re talking about musical activism today — and the established and emerging artists who are leading a kind of cultural renaissance in popular and arcane music. Musicians everywhere are writing songs of resistance now that America and much of the developed world is, for lack of a better word, under siege. 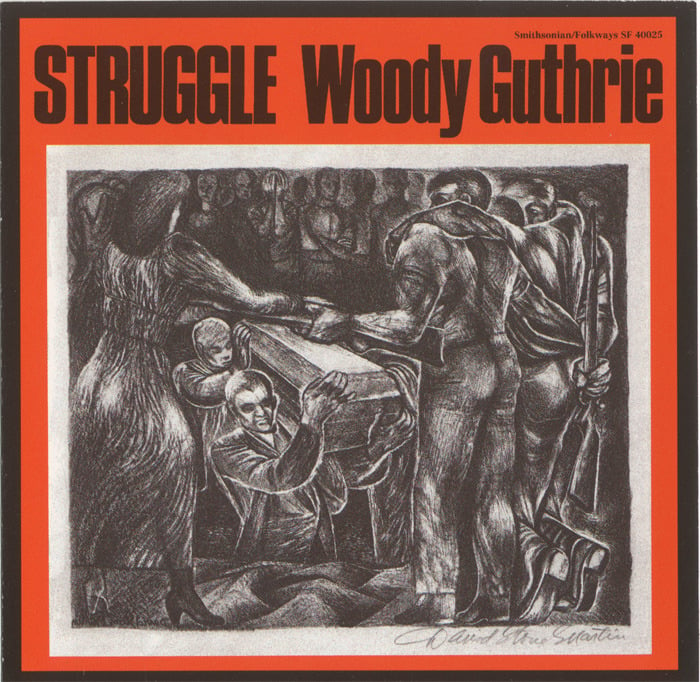 Don’t be surprised — there has always been a strong correlation between the musical mind and the revolutionary one. Musicians have always had their ears to the ground when it comes to great change — think Bob Dylan, Woody Guthrie, Pete Seeger, Joan Baez and Neil Young. And now, a fresh-faced generation is taking the economic and political reins in a more troubled world than many alive today can even remember.

Music binds us together and expands our minds. It grounds us even as it exposes us to new ways of thinking. Musical activism can be revelatory and even revolutionary, providing inspiration for young artists who want to marry their love of art and performance with their passion for effecting social change and inspiring civic action.

There’s little doubt that our current political atmosphere had a hand in this resurgence, but the undercurrents have always been there: an entire rich counterculture just waiting for inquisitive ears to find it and lose themselves in it.

So — who will be the soundtrack for the resistance this time around? Agree or disagree, but here are a few of my picks.

Next Wave Of Musical Activism

“Are we crazy … living our lives through a lens?” Yes, Katy — we are! The Atlantic recently described Katy Perry’s “Chained to the Rhythm” as “purposeful pop,” and we can’t really think of a better way to describe it. This turn of phrase is just one way she encourages us to think with our hearts and speak with compassion.

She’s always been a positive voice in popular culture, but her latest efforts reveal that the soul of an activist and a true utopian beats in her chest even while she’s belting out Radio Disney favorites.

Harry Styles’ arrestingly beautiful “Sign of the Times” uplifts and devastates with lines like “You can’t bribe the door on the way to the sky” and “We never learn, we’ve been here before — why are we always stuck and running from the bullets?”

In his own words, Styles focuses on human “fundamentals” — that is, a return to the thinking that no human life is more valuable than another, and that how we express this value is the most important thing about us. Is yours a cohesive, compassionate worldview? Mr. Styles wants you to think about it.

Yup — that Linkin Park. They’ve been accused of “selling out” and worse over the decades, but to my ears, they remain consistently thoughtful — and unafraid of pissing off fair-weather fans. Their latest album, “One More Light,” is a bit poppier than some were hoping for, but it’s full of gorgeous songs that speak to the grief that’s uniting us right now.

The title track asks: “Who cares if one more light goes out?” and then answers, as we all must, with a decisive: “I do.”

If you want an even more impressive slab of well-written, resistance-fueled tunes, check out the band’s 2010 album “A Thousand Suns,” which has aged incredibly well thanks to its flawless combination of heavy and soft — and its message of building a better world with love. Plus, with haunting spoken-word samples from Oppenheimer, Mario Savio and MLK Jr., the band proves they’re as conscious of the past as they are of the difficult present.

I’m not aware of a band that more perfectly captures the sound of modern paranoia. Unfortunately, we live in times where paranoia — or at least intense skepticism — is a necessary survival tool.

Muse frontman Matt Bellamy has been cranking out loud, intricate and frequently beautiful songs about cycles of oppression and resistance since 1999.

Highlights include 2003’s “Absolution,” which explores the poisonous influence of religion on politics, 2009’s “The Resistance,” which describes a global pushback against tyranny, and their latest, “Drones,” which mourns for any society which would outsource its thinking — and its killing — to machines. Who are the drones, really?

Roger Waters is the cynical bastard who brought us some of Pink Floyd’s best and most relevant albums, like “Animals” and “The Wall.” He parted ways with the rest of Floyd years ago, but he’s been touring and writing as a solo artist ever since. Age has not dulled his edge — he has only grown more outspoken recently against oppression in all its ugly forms.

It’s Waters’ strong sense of justice and infinite frustration that fueled his solo albums, including 1992’s “Amused to Death” and June 2017’s “Is This the Life We Really Want?” The latter is heralded by a video for “The Last Refugee,” which forces viewers to dwell on the unprecedented global refugee crisis too many of us have somehow, already, stopped thinking about.

The best heavy metal doesn’t get played on the radio. The best heavy metal is Agalloch, Dream Theater, Deafheaven, Gojira, Opeth and Periphery. But while they’re not as heavy as some of the other bands who populate the breathtakingly diverse umbrella of progressive metal, Haken is almost certainly one of the most thoughtful.

Haken’s 2016 album “Affinity” is a remarkable composition. The group is only four albums into what promises to be a wildly successful career, and “Affinity” exemplifies everything the band is about: heavy music with gorgeous, cleanly-sung vocals; plaintive, Radiohead-esque ballads; and some of the most urgent — and most hopeful — lyrics you’ll hear in any genre, which feel like the perfect place to adjourn and let you explore some of these songs on your own.

“Resolve to carry on / Another life awaits beyond the horizon / Evolve and we’ll ensure our survival / We are the revolution.” — Haken, “Earthrise”

Kate Harveston is a freelance writer from Williiamsport, PA. Her favorite topics revolve around politics and social justice, but she has written on a wide variety of subjects, including technology, sports, music and health. When she's not writing, she enjoys hiking the mountains or exploring the city. If you like her work, you can visit her blog, Only Slightly Biased http://onlyslightlybiased.com/